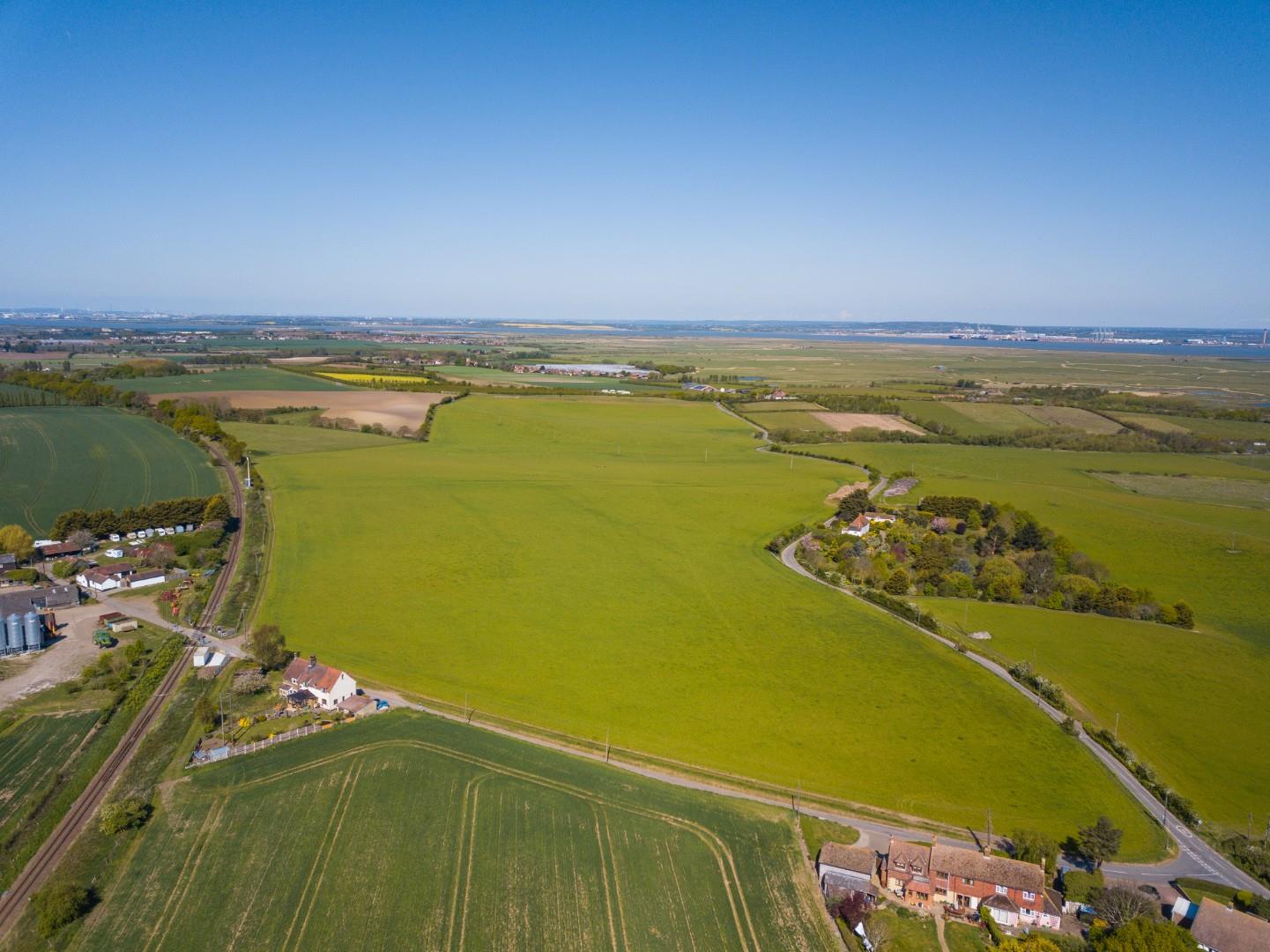 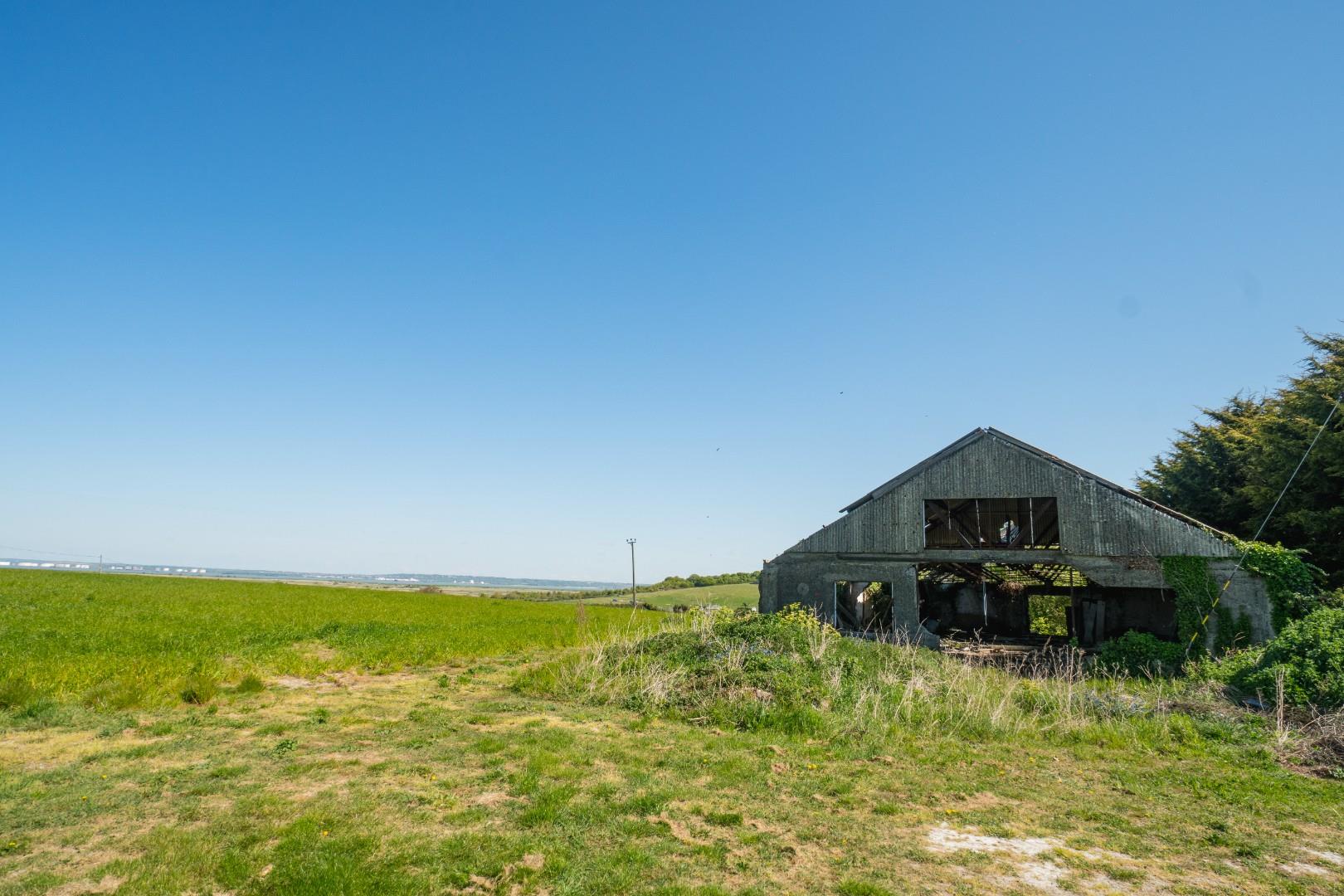 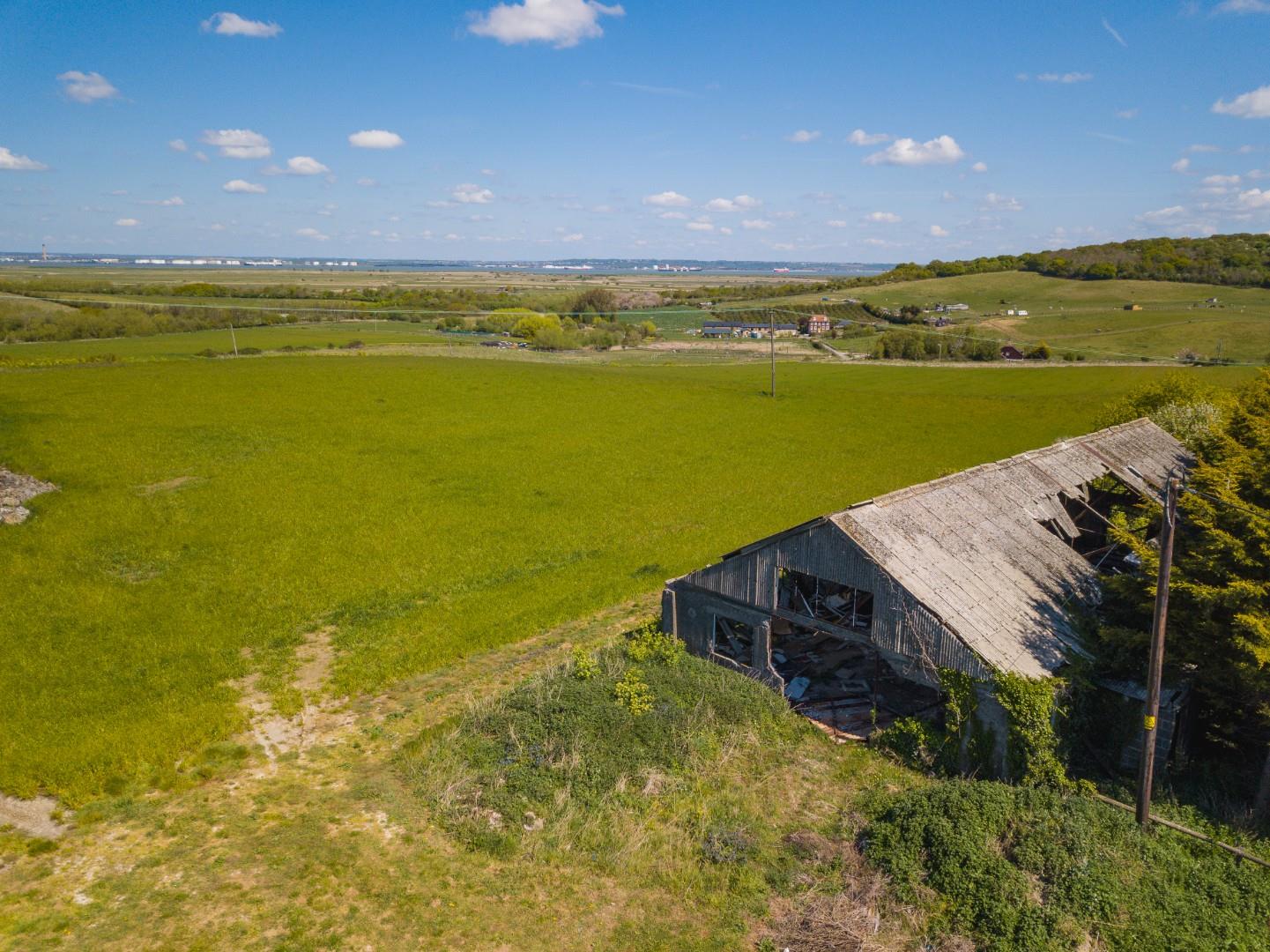 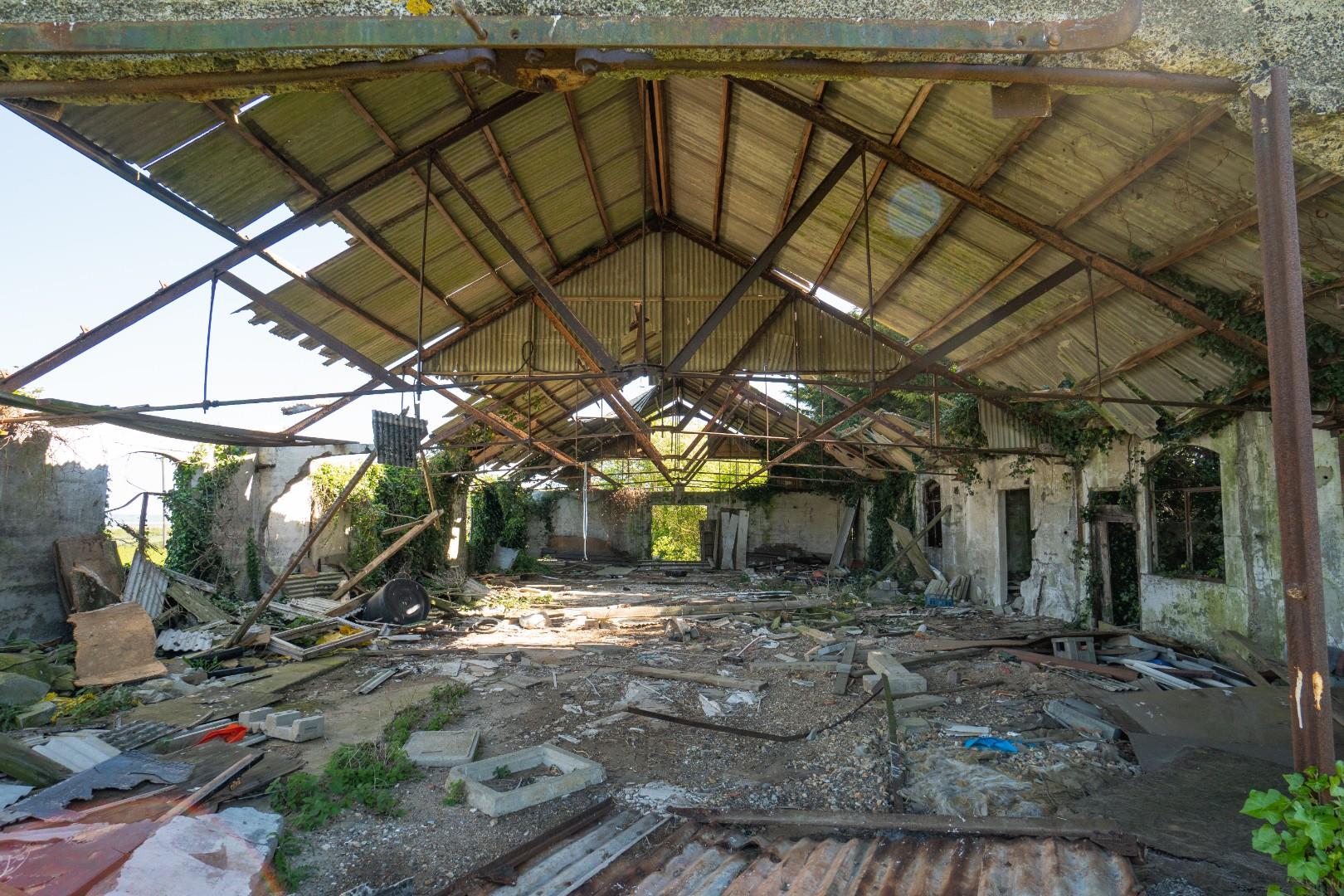 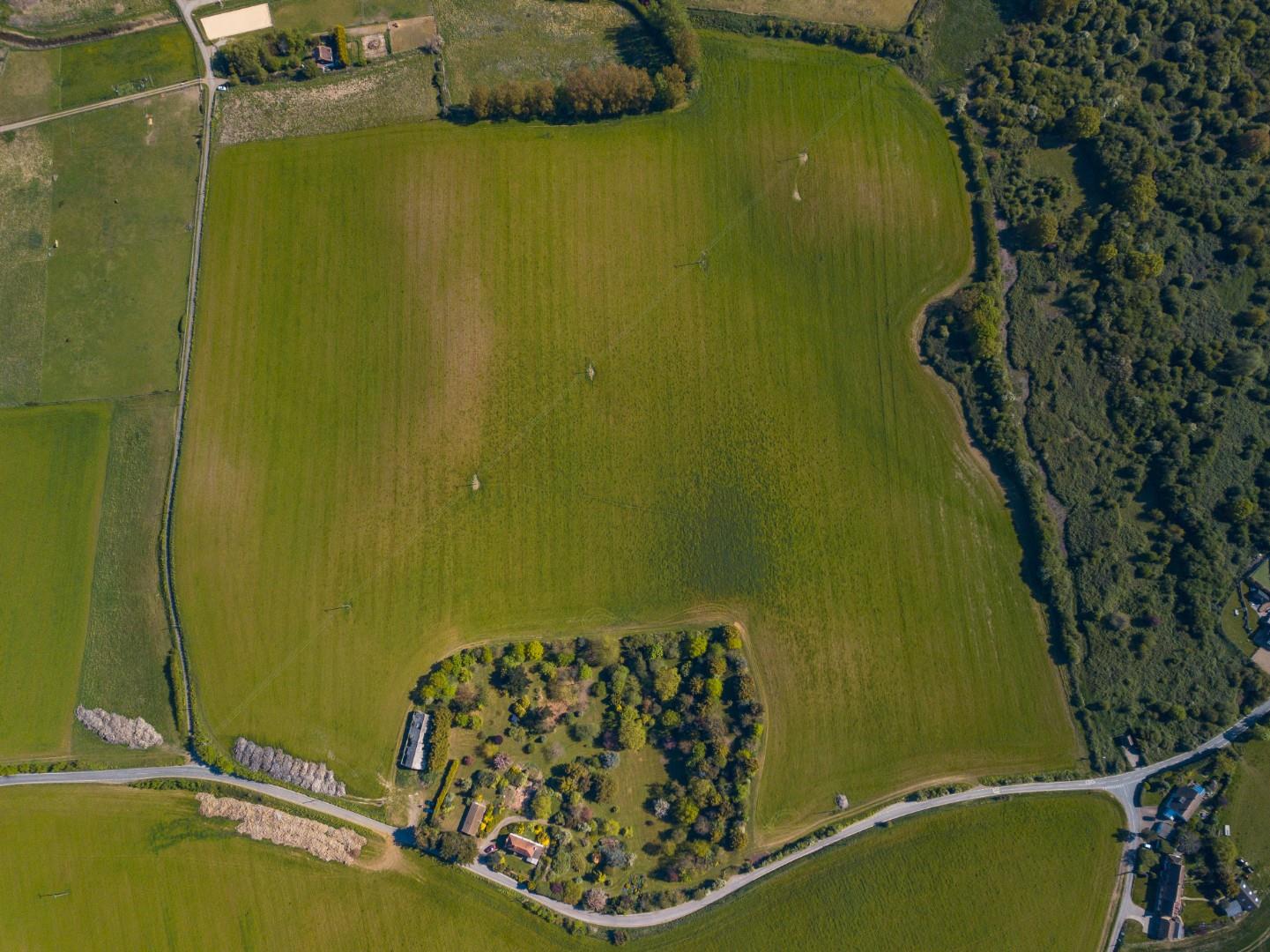 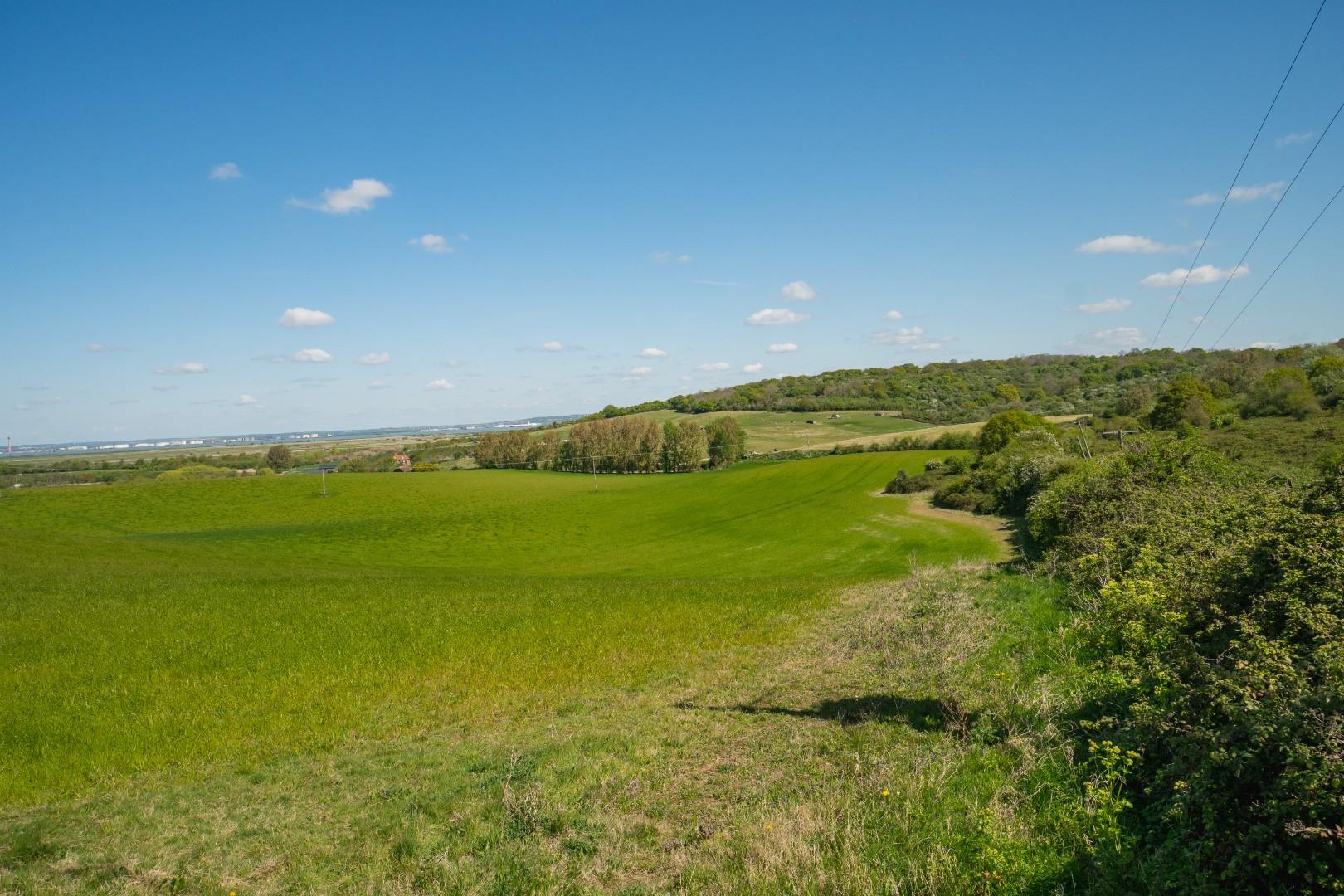 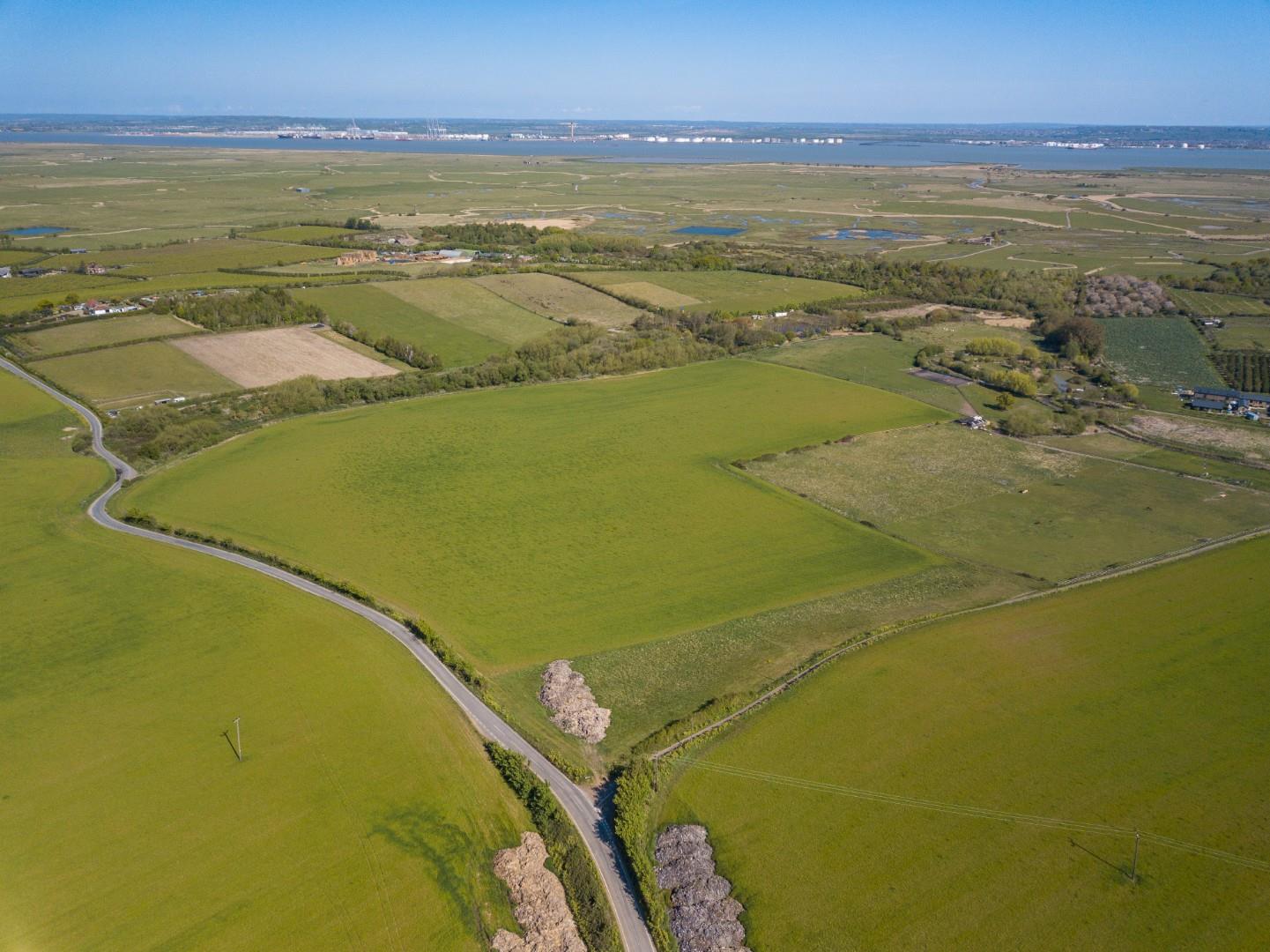 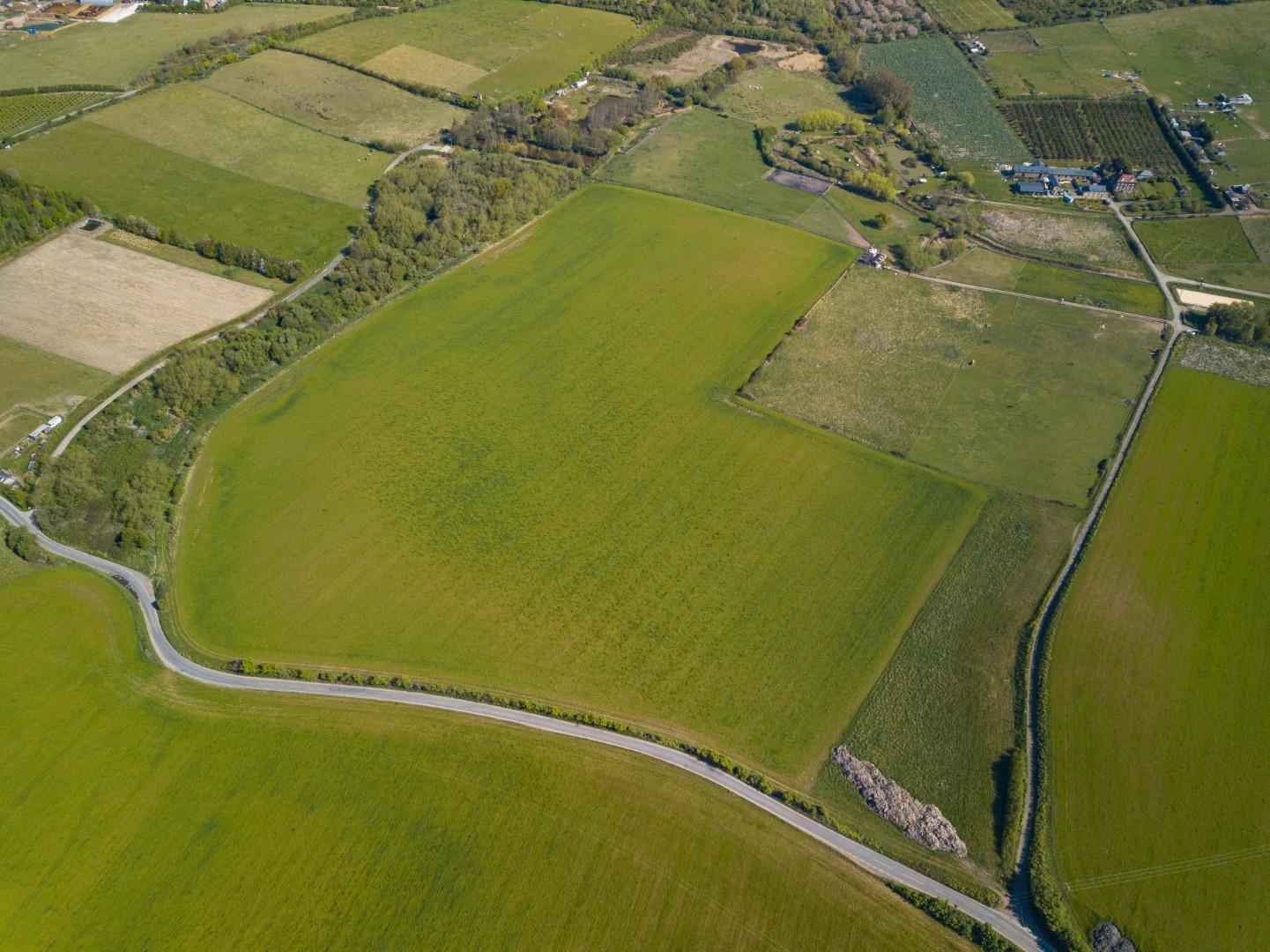 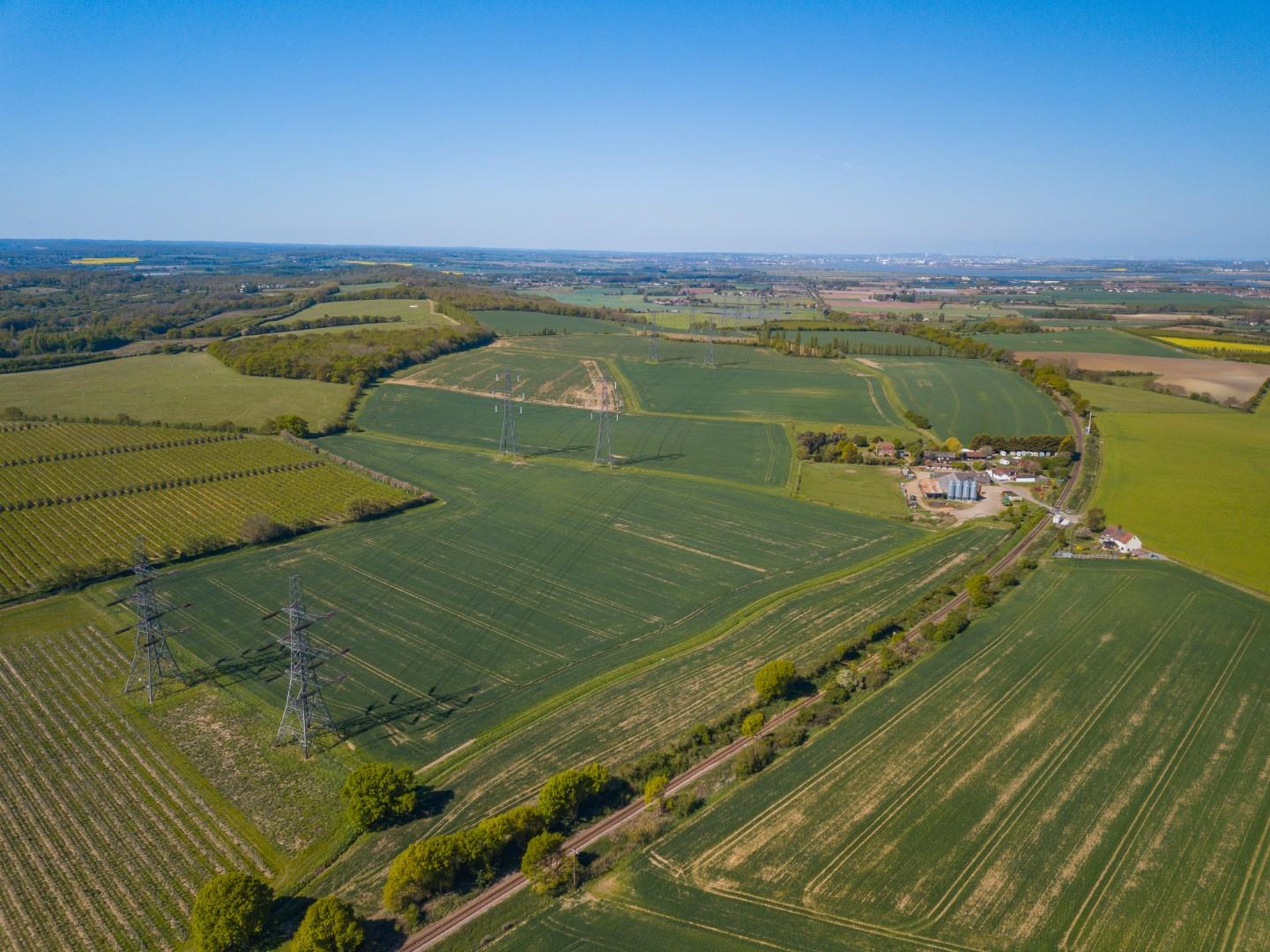 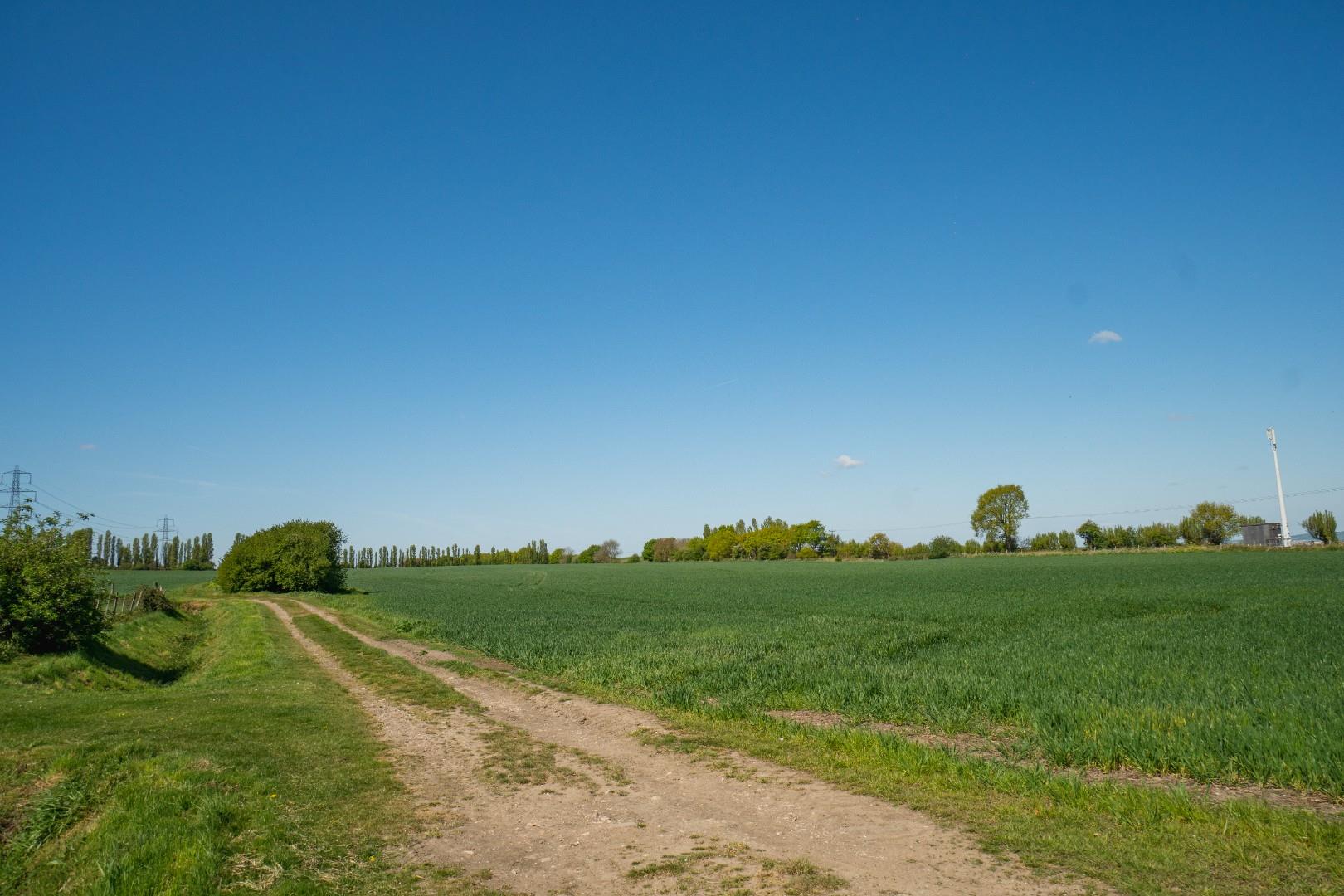 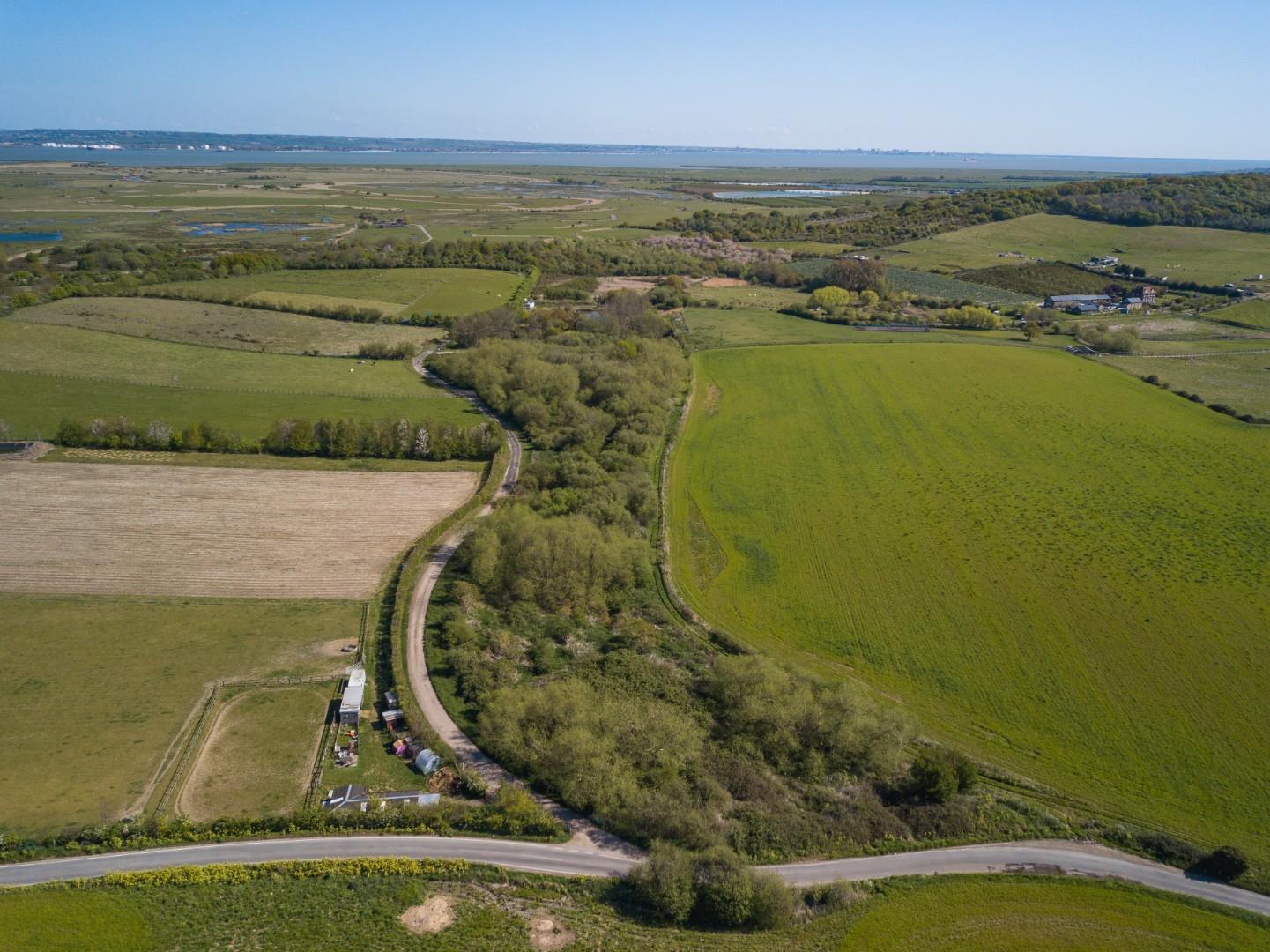 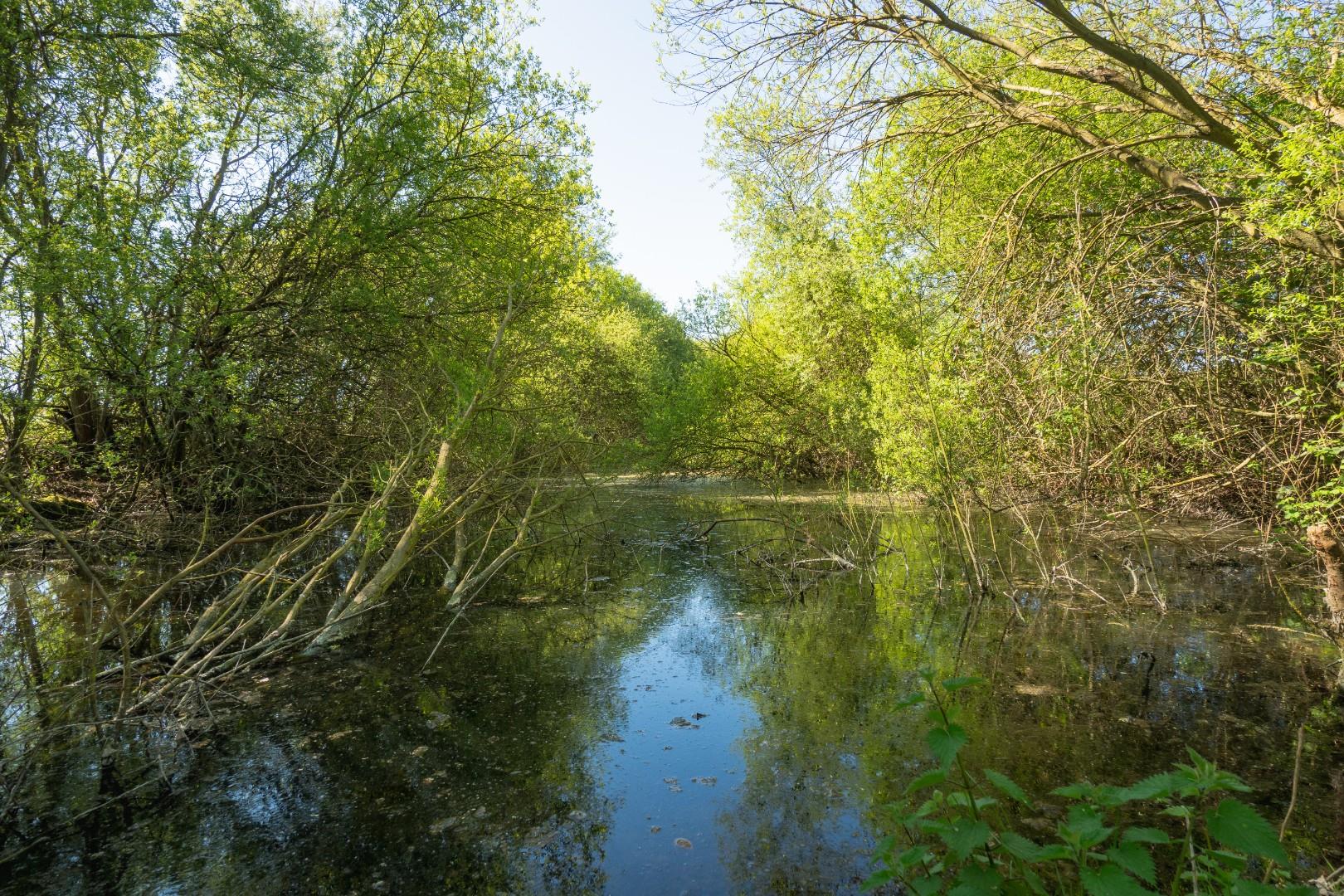 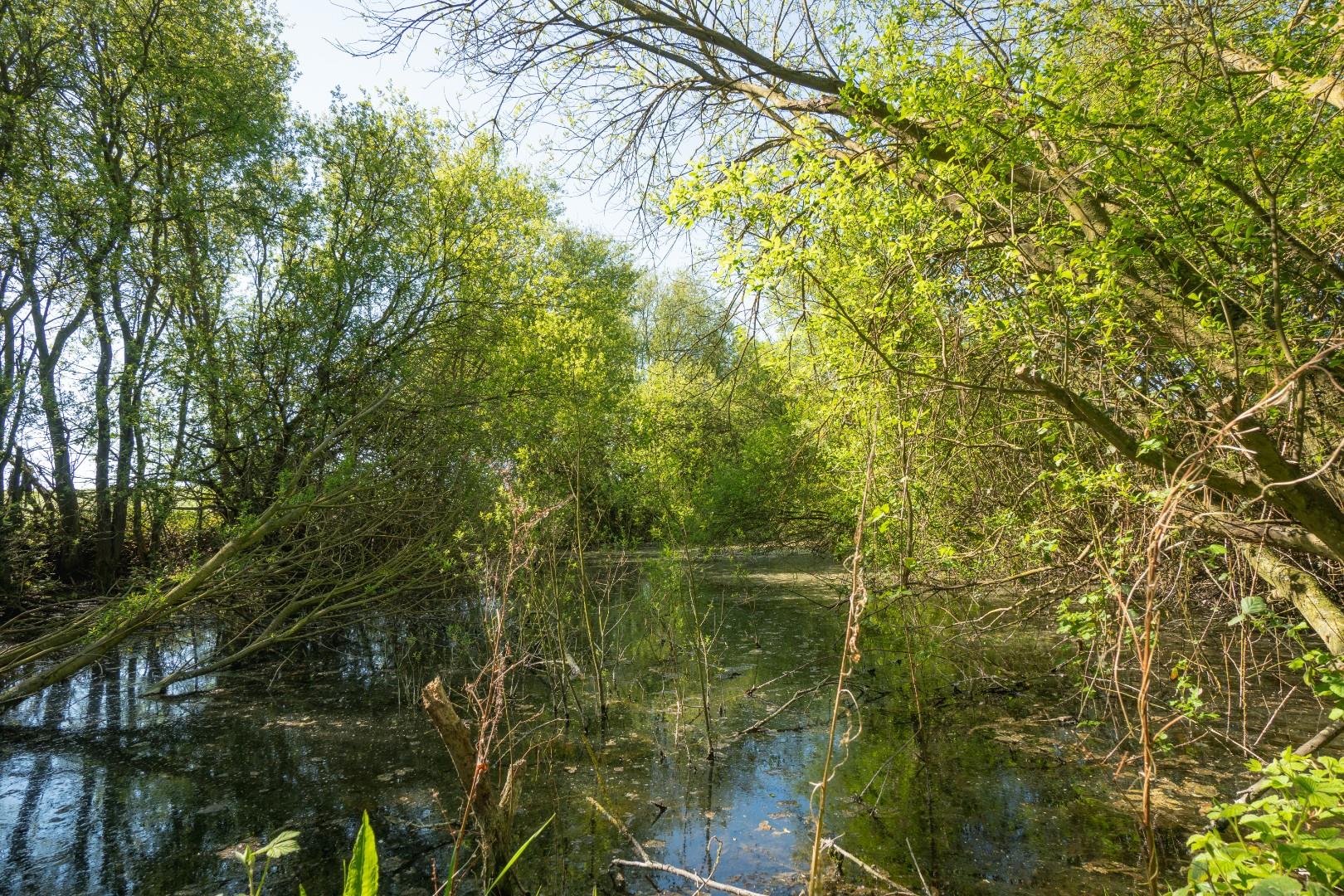 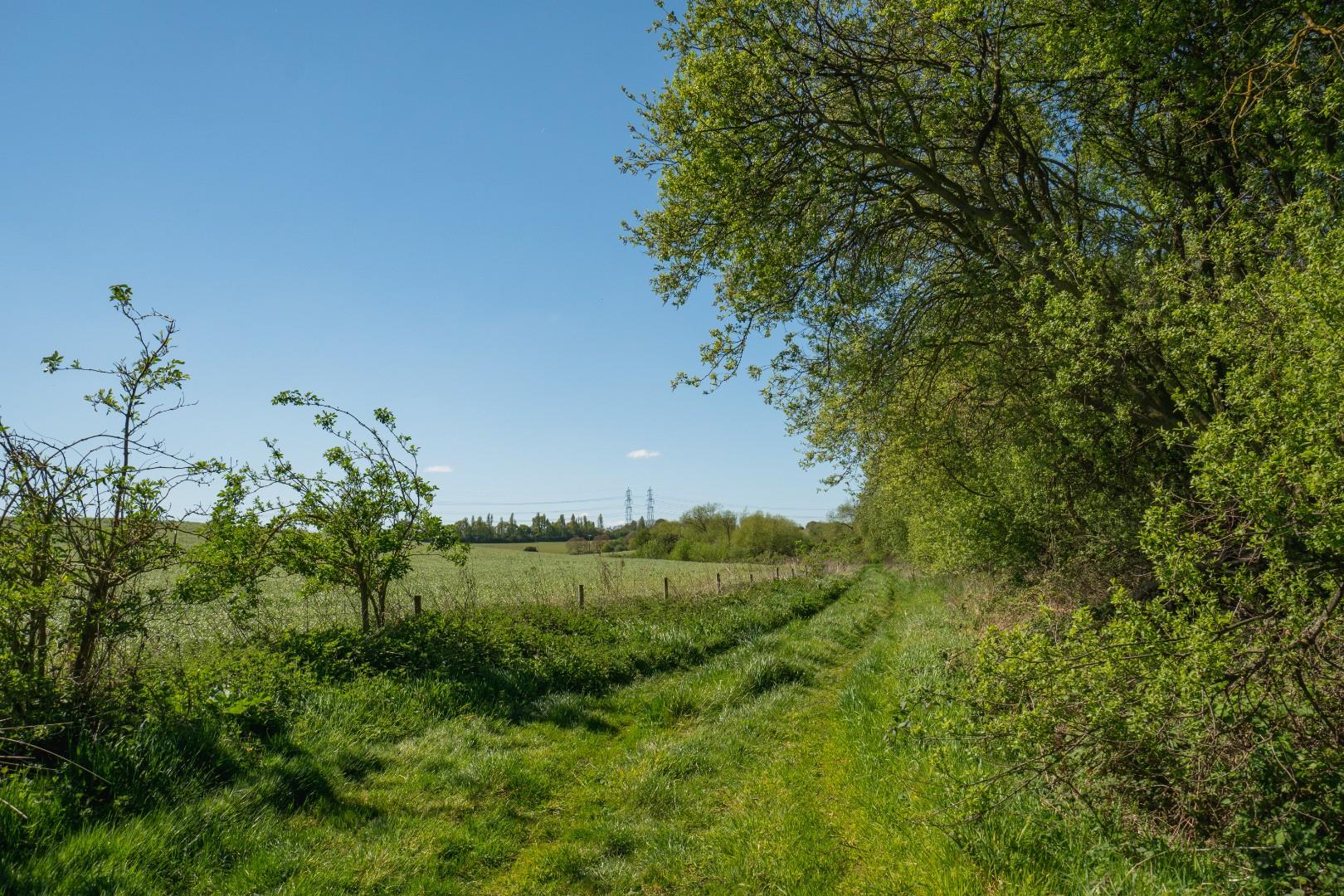 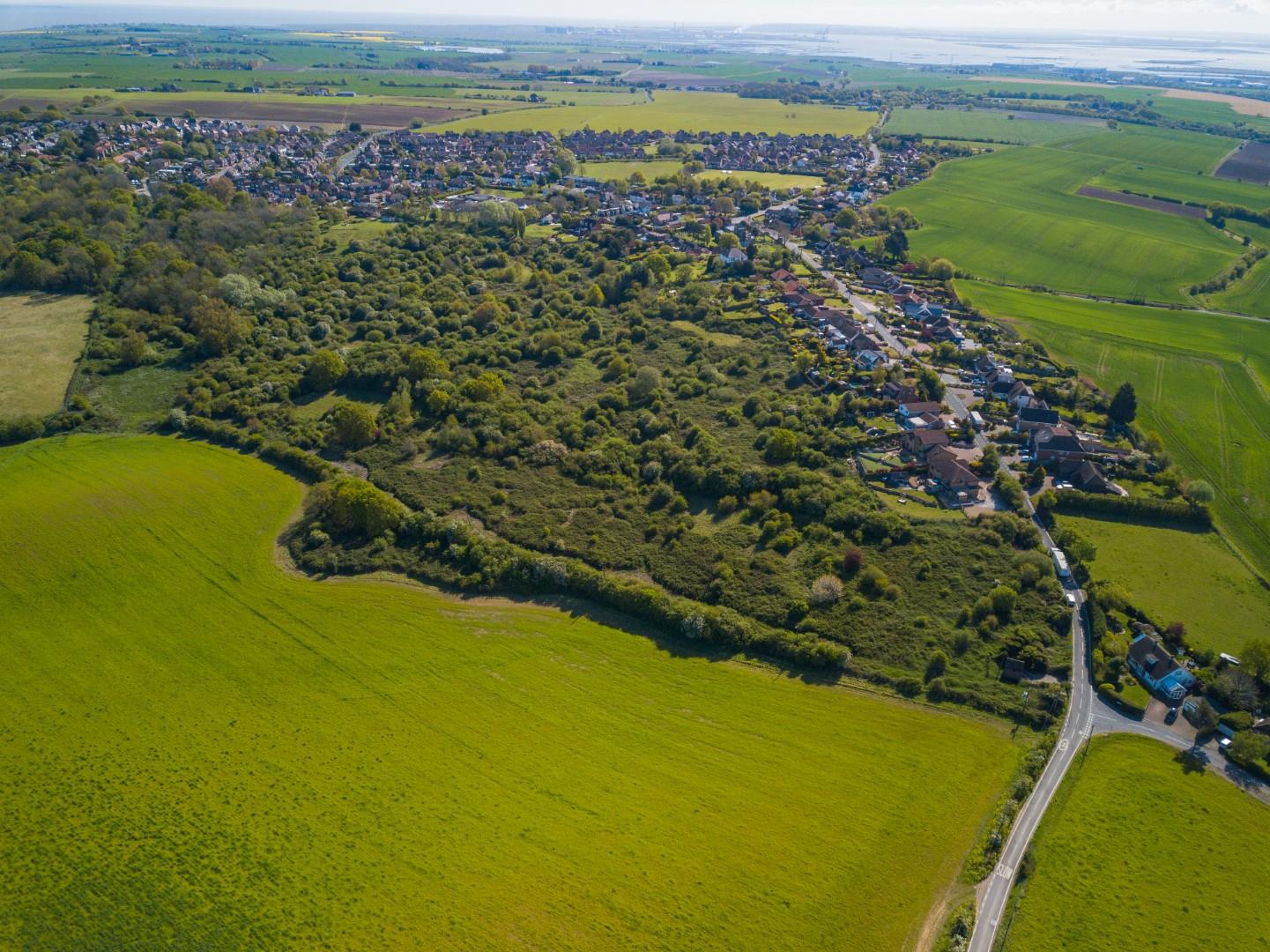 Wybournes & Dalham Farm is situated off Cooling Road, just on the western edge of High Halstow village on the Hoo Peninsular. High Halstow village provides a primary school, a church, a pub, and a village store and is situated less than half a mile east of the farm and five miles from Rochester which provides a comprehensive range of facilities and amenities including supermarkets, schools, restaurants, public houses, and leisure facilities along with national road and highspeed rail links to London, with services from Rochester Station taking approximately 30 minutes.

The farm is in an elevated and entirely rural location, set in a rolling landscape and extends in total to approximately 274.94 acres. The landscape slopes intermittently from the Farm’s northern and southern boundaries, into a shallow valley, marked by the Cliffe Railway which runs through the centre of the holding. The farm is mostly put to arable rotation with cereals, legumes, and oilseeds as well as part of the land currently in short term grass leys, being over-winter grazed by sheep. The property is offered for sale as a whole or in lots as follows: -

Lot 1 – Barn with Prior Approval for Conversion to a Residential Dwelling – 2.01 Acres
The Barn is located to the north of Cooling Road and is available with approximately 2.00 acres of land. It has a hardstanding parking area to the front, providing access directly off the public highway. Prior approval has been granted for conversion and change of use of the building to form a four-bedroom residential dwelling under Planning Reference MC/22/0065. Whilst the building is not currently connected to services, electricity and water services are available close by.
The land included with this lot is situated to the northwest of the Barn. This extends to approximately 2 acres and is currently sown to a short term grass ley and is classified as Grade I.

Lot 2 – Grade I Agricultural Land – 34.80 Acres
A parcel of Grade I agricultural land, which has been drilled to a short term grass ley since the 2021 cropping year. The land undulates from its north-eastern side and downhill to the west and northwest, helping to make the land resistant to water logging. The land can be accessed directly off the publicly maintainable highway at Buckhole Farm Road to the west and Cooling Road to the South and is crossed by a line of 11kV power line poles which run from northeast to southwest under the terms of an annual wayleave agreement.

Lot 3 – Grade I Agricultural Land – 26.02 Acres
An L-shaped parcel of Grade I agricultural land, currently drilled to a short term ryegrass ley since the 2021 cropping year. The land slopes from its south-eastern boundary with Buck Hole Farm Road, to the lands north-western side which adjoins Lot 5. The land can be accessed directly off the publicly maintainable highway at the junction of Buckhole Farm Road and Cooling Road to the South and is crossed by a line of 11kV power line poles which run adjacent to the lands northern border under the terms of an annual wayleave agreement.

Lot 4 – Grade I & III Agricultural Land – 187.54 Acres
This parcel comprises the central and southern side of the farm, divided by the Grain railway and served by Wybournes Lane and Cooling Road. The land slopes gently to a shallow valley which runs roughly east to west across the property and is classified as mostly Grade I (126.54 acres) with a part of the land towards the south being classified as Grade III (58 acres).
The land is divided by the railway and further details of each section including cropping and power lines etc. can be found within the Property Particulars.

Lot 5 – Lakes And Woodland – 5.84 Acres
An area of lakes and woodland shaws – known locally as the Lipwell, comprises an area of woodland set around a series of freshwater lakes surrounded by a woodland shaw, mainly consisting of English Willow, set amongst thick undergrowth. It is understood that these lakes are fed by surface and ground water.

The Lipwell can be accessed directly off the publicly maintainable highway at Lipwell Hill and Cooling Road, which adjoin the parcel along its southern boundary. A grass track leads from the road northwards along the eastern boundary of the lakes and provides a vehicular access between this Lot’s northern and southern boundary. A grass bank provides access to the lakes and the woodland from the track as well as separating the lakes. The land is fenced along its eastern and southeastern boundary with post and wire fencing.

Lot 6 – SSSI Woodland – 18.73 Acres
A single parcel of mixed broadleaved woodland and scrubland which adjoins Cooling Road and the edge of High Halstow village, to the rear of numerous residential properties. Much of the woodland is designated within the Dalham Farm Site of Special Scientific Interest. The woodland possesses a gently sloping, north-westerly facing aspect and adjoins Lot 2 along its northwestern boundary and the publicly maintainable highway along its southern boundary at Cooling Road. The woodland can be accessed via a public footpath from the west that leads off Forge Lane to the southeast, the footpath crosses the northern part the land and onto neighboring properties. Also crossing the land are two lines of 11kV power supply poles, the first running from Cooling Road to the North-east and the other crossing the northern part of the land, held under wayleave agreement.

Enquire about this property

The rarest of opportunities to purchase an attractive 275 acre ring-fenced farm with a building for residential conversion, Grade I & III arable land, lakes and woodland in an elevated rural position with far reaching views.